Plant a tree in memory of Wesley
An environmentally-friendly option 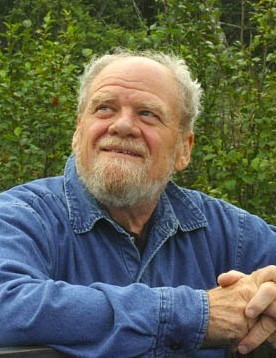 Wesley Andrew Bentley III died on March 18, 2021 in Fairbanks, Alaska from Alzheimer's. He was 86 years old.

Wes was born on January 3, 1935 to Juanice (Blakeley) and Wesley A Bentley II, in Richmond, Virginia. Later, they moved to North Carolina, and after his father passed away in 1942, his mother moved him and his four siblings to Texas because she had cancer and her father Thomas Blakeley was there. Although her father said he'd look out for them, he couldn't take them all in, so she found an orphanage near him, and upon her death in 1944, Wesley and his siblings went to live at the Bole's Home near Dallas, Texas. Her father kept his word and lived near the orphanage watching out for them until they had all left the home.

After leaving the orphanage, Wes went to Harding College in Arkansas for awhile, and it was there that he fell in love with and married Wanda Croft. He later joined the Air Force which turned out to be a career move for him. They were married for 19 years, and had five children together.

While in the Air Force, Wes got to travel all over the world. Two of his favorite places were Japan and Alaska. Murphy Dome AFB near Fairbanks was the last place he was stationed, and he loved it so much that when he retired around 1978, he stayed for good. He built himself a log cabin on the Chatanika River and adopted a bush lifestyle. Many of the people he met on the river became lifelong friends to him.

Wes never thought that falling in love again was possible, especially given the fact that he lived remotely in the bush, but that is exactly what happened. Bernice Lawrence went on a canoe trip down the Chatanika River while on vacation, and that was it, she was already in love with the lifestyle. The falling in love part came a bit later, but in October 1981, they got married. They moved farther up river, built a new home and a beautiful life together, and their love endured. Bernie's children welcomed Wes into their lives. He was a much loved father, grandfather and great grandfather.

Health reasons forced he and Bernie to move in to Fairbanks in 2005. After Bernie's death in 2007, Wes' health declined with the onset of Alzheimer's, and when he could no longer live alone, he moved in with his stepdaughter and her family. His last three years were spent at the Frontier Assisted Living Home in Fairbanks.

Wes was preceded in death by his parents, his wife Bernice, his stepson Barry, and his grandson Jeremy.

No services will be held at this time. In the summer, we will spread his ashes in the place that he loved so much, on the Chatanika River.

Plant a tree in memory of Wesley by clicking here.
To send flowers to Wesley's family, please visit our floral store.

Plant a tree in memory of Wesley
An environmentally-friendly option

Plant a tree in memory of Wesley

2 trees planted in memory of Wesley

A Memorial Tree was ordered in memory of Wesley Andrew Bentley by Jon R Gleason.  Plant a Tree

My condolences to the family . May you find comfort in your treasured memories and Gods promise to return our loved ones . 1st Thessalonians 4 : 13 & 14 .

A Memorial Tree was planted for Wesley Andrew Bentley

Plant a tree in memory of Wesley