Plant a tree in memory of Nina
An environmentally-friendly option 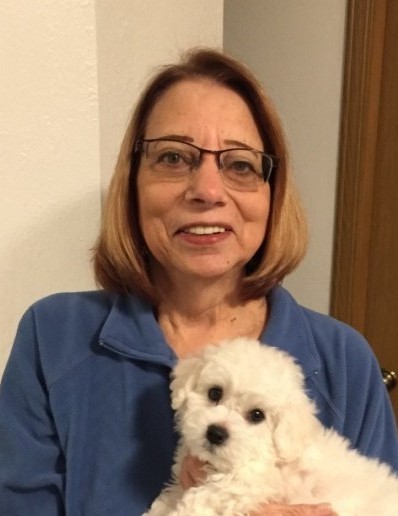 On Wednesday, May 12th, 2021, Nina Rawson, loving wife and mother of two children, passed away at home surrounded by loved ones at age 76 due to renal failure.

Nina was born in 1944 to William and Blanche Lewis. In 1962, Nina graduated from Forest Hills High School in Queens, New York. Shortly after high school, she graduated from secondary school as a dental assistant. In 1972, Nina and her son Howard left their home in New York for their new home in Fairbanks, Alaska. To get by she began working two jobs. During the day, she worked as a dental assistant for Dr. Higgins and at night she worked as a cocktail waitress at the Kings Cup. In 1973, while working a shift at the Kings Cup, she met the love her of life, Jerry Rawson. On August 19th, 1978, she married Jerry and together they raised two sons, Howard and Jeffrey.

Nina went on to work for the State of Alaska in Job Service and Unemployment from 1975 until she retired on December 31, 1999.  Although she had retired from the state, Nina could not stop helping people. She moved on to teaching job development classes for the University of Alaska’s Downtown Center for a couple years after her retirement from the state.

Nina’s latest position was as a business consultant with the Micro Enterprise Grant, which focuses on helping give access to micro enterprise and self-employment opportunities for people with disabilities who are Alaska Mental Health Trust Beneficiaries. She was considered the Master Business Consultant to her many clients over the years. She was known to work long hours to ensure her clients would get all the opportunities to succeed in their desired business.

Nina had many passions, some of which included; entering her golden retrievers in dog show competitions, collecting various treasured items, helping as many people as she could, and being the hub for gatherings of family and friends where she would serve her famous lasagna. She was also an avid lover of all things art. Whether that be attending New York Broadway shows, classical concerts or watching her father’s classical quartet at her childhood home growing up, she loved it all. Her many passions kept her traveling throughout the years. When John F Kennedy flew into Idlewild Airport in 1960 during a campaign stop, she and her friends went to the airport and waited in line where he shook all their hands. She was known for her quick wit, her wicked humor, her infectious smile, and her kind and compassionate spirit. She was also known as the problem solver for many people.

Nina was a long-time member of Or HaTzafon – The Jewish Congregation of Fairbanks. Even while pursuing her ambitious career in helping her clients receive grants for starting new businesses, Nina immersed herself in service to the Jewish community. She was elected president twice and was the most recent treasurer of Or HaTzafon. Nina enjoyed providing her expertise and support 24/7 to all projects dealing with enhancing the local Jewish institution, community, and the synagogue. Nina made it a point to welcome new, and out of town visitors, to the synagogue. She would sit with them during services to ensure they felt welcomed and comfortable.

The Congregation Or Hatzafon was a big part of Nina’s life. She will be missed by members and friends of the community that she served.

Nina was preceded in death by her father William, her mother Blanche, her brother Ralph, and her sister Marla. She is survived by her husband Jerry; her son Howard, his ex-wife Lea Ann, and their three daughters, Toni, April and Autumn; her son Jeffrey, his wife Sharray, and their daughter Raeana; as well as some of her close friends she considered family. You know who you are.

To the staff at Fresenius Dialysis Center, Fairbanks Memorial Hospital, FMH Hospice Care, as well as her many doctors, thank you so much for providing all the care and support given to Nina through to the end. Your kindness and compassion shown to not only Nina but her family is truly appreciated. Thank you all for the work you do every day.

A celebration of life will be announced at a later date. In lieu of flowers, please consider making a donation to Or HaTzafon in her honor. Donations can be made on their website at www.orhatzafon.org or by calling the office at (907) 456-1002.

Plant a tree in memory of Nina by clicking here.
To send flowers to Nina's family, please visit our floral store.

Plant a tree in memory of Nina
An environmentally-friendly option

Plant a tree in memory of Nina

1 tree planted in memory of Nina

Baruch Dayan Ha'Emet
Nina maybe gone from sight but never from my thoughts. Nina welcomed me like her long lost cousin when i meet her. my years living in Fairbanks would not have been tolerable without Nina's friendship. Norman Kellman

Jerry and Family,
I am saddened to learn of Nina's death, and very sorry for the loss you are feeling now.   You know that Nina and I go "way back" to 1973 when we were both young single Mothers trying to get by.   We attended classes at UAF together, worked two jobs to get by, including the crazy Pipeline years at the King's Cup briefly, then as co-workers at Job Service until we both retired.  I remember when you two met at the "Cup" and later married.   We even took adult tap dancing lessons at the same time when we were in our forties.   Its been a long road, but it all seems like yesterday.   Though I retired out of state, I have thought of her often.   I hope you can find some comfort and peace in knowing you built a good life together.  All my best, Jackie Bower

Dear Jerry,
Sending you and your family much strength and healing thoughts.  I hope can take the time you need to be together and support one another after such a difficult loss.  I learned of this sad news late, but please know I am thinking of you very much.
Hugs,
Julie Hagelin

Dear Jerry, Jeff and family,
I am so sorry to hear about Nina, its been since the boys were in high school that I have seen her but when I think back to those days she always brings a smile to my face.  With a heart of gold, she was a remarkable woman. Your in our thoughts and prayers.

Nina was a great friend and co-worker. I only knew her for about four years, but she left me with the impression of a caring person.
I will mis her.

Plant a tree in memory of Nina